Congratulations to Thomas LaValley, Nicole Konz, and Aaron Salt on their election to the Academy School District 20 school board! These candidates have expressed concerns with aspects of the DEI initiative and related efforts as well as stated opposition to a district DEI administrator position.

Refer to the district calendar for upcoming board meetings.

How DEI was introduced at D20

The Academy School District 20 September 18 newsletter announced a Diversity, Equity, Inclusion (DEI) initiative that launched at the district beginning in the 2020/21 school year. The newsletter was signed by Tom Gregory, Superintendent of Schools since 2019.

The events of 2020 sparked national dialogue about institutional bias. Organizations from a host of different industries have since sharpened their focus on diversity, equity and inclusion DEI.

We owe each and every student equitable access in an inclusive and hate-free environment.
Our own students, parents, and patrons have expressed increasing concern about equity and inclusion in our classrooms and schools. They have cited concerns with disparities in student achievement, exclusion of marginalized populations, expressions of hate and racism, and the need for a more culturally diverse staff. 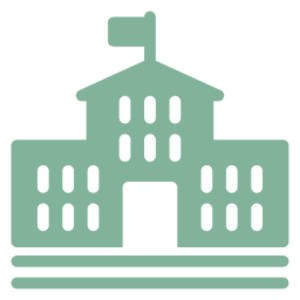 Prior to the announcement, an open letter circulated that was presented to the board on June 18. The letter asserts that the disparities of racial representation across various programs and actions at the district are the result of "systemic racism against children" and charges the district with doing this deliberately.

The district selected CEI to introduce the program and assembled a Task Force to lead the effort. Members of the local activist group that met with Dr. David Peak served on the Superintendent's 2020/21 DEI Task Force.

The results of the Task Force's initial assessment were presented June 3rd.

The Task Force's final report was published in the summer of 2021, which provides no actual data that supports their claims and includes a pledge that you can sign.

A local activist group has spoken in support of the efforts at school board meetings since then, including at the August 6th board meeting. The group later met with Dr. David Peak , assistant superintendent for human resources and incoming Superintendent of Cheyenne Mountain School District.

We were able to meet with Dr. David Peak, assistant superintendent of HR with ASD-20 last week. We are eager to begin a collaborative relationship to transform the schools in our area.

School Board director Heather Cloninger is also a new member of this activist group.

Other groups have since been established to organize in support of DEI and other efforts, such as Kids First in Academy D20, a group that promoted three unsuccessful board candidates supportive of these initiatives.

The proponents of DEI programs have substantial influence and make decisions and policies directly affecting students based on various identity characteristics, such as race or sexual orientation. DEI policies are applied to the hiring and training of faculty and staff, membership in competitive academic groups, supplemental curriculum, athletics, business partnerships, and the overall school culture. This grouping of individuals is a regressive social policy that will inevitably create division and resentment.

Academy 20's DEI effort was launched "following the events of 2020" after an open letter was signed and presented. The letter asserts that disparities in disciplinary actions and acceptance into "gifted" programs are the result of systemic racism. No evidence has been presented or reviewed. Statistics are selectively represented and mischaracterized. The entire basis of the DEI effort is based on emotional anecdotes, false accusations, and fashionable activism.

The Superintendent responded by announcing the "kick off" of the DEI program and used the typical social justice platitudes to do so with vague aspirations such as a "culturally diverse staff."

The district's core values statements, mission statement, long term planning, and policies are already being rewritten under the "DEI lens", even without the program being fully embedded. The superintendent also hinted at what's to come in their statement about the Confederate flag being displayed as part of an American History lesson, suggesting that their DEI task force will evaluate this sort of thing in the future.

However, as we continue to move forward with our diversity, equity and inclusion (DEI) work, all district policies will be evaluated.

District administrators have made several statements in past board meetings about projects at the district being addressed “through the lens of DEI.”

DEI efforts are intended to be an overhaul of systems and institutions based on theories such as critical race theory, as demonstrated in the open letter, policy and literature, and comments at board meetings.

Recently, the term Critical Race Theory (CRT) has gained attention in local communities and national media as DEI programs evolve in K12. Many districts feign ignorance of it or deny its adoption while dismissing concerns that mention it. Supporters of these social efforts know these programs and their culture are increasingly unpopular and often respond by stating "CRT isn't taught in our district", while the fundamental concepts are at the root of DEI. Some districts have established policies banning CRT specifically, which doesn't necessarily address the toxic woke culture and policies fostered by DEI in its various names. DEI is broader than race alone and uses platitudes to garner support or go unnoticed. This social transformation includes a broad list of terminology and "CRT" is only one concern.

We call on the district to end its Diversity, Equity, and Inclusion initiative and other related efforts spawned from divisive social theories with particular focus on identity, including "CRT". The district never asked the community for consent on this "social transformation" and has not been transparent enough or unbiased in its handling. We encourage the school board to pass policies limiting the administration's authority to establish programs such as this without board approval and to ensure greater oversight and transparency. We encourage the district to establish policies forbidding practices within the district that promote division and resentment and to instead foster a genuine inclusive culture. The 2021 School Board election should demonstrate a mandate for this with a comfortable margin.

Resources on Academy 20's DEI initiative and other examples of DEI.

See our updates on D20 DEI.